In the show ring ahead of the sale Percheron sons took the top three spots in the shearling ram class, while in the shearling ewe class a gimme by Percheron won the class before being overall champion, with another Percheron daughter standing third.

Come sale time and Percheron sons were in strong demand, selling to a top of 900gns for Chaileybrook 18/00297, with four from Chaileybrook averaging £651. 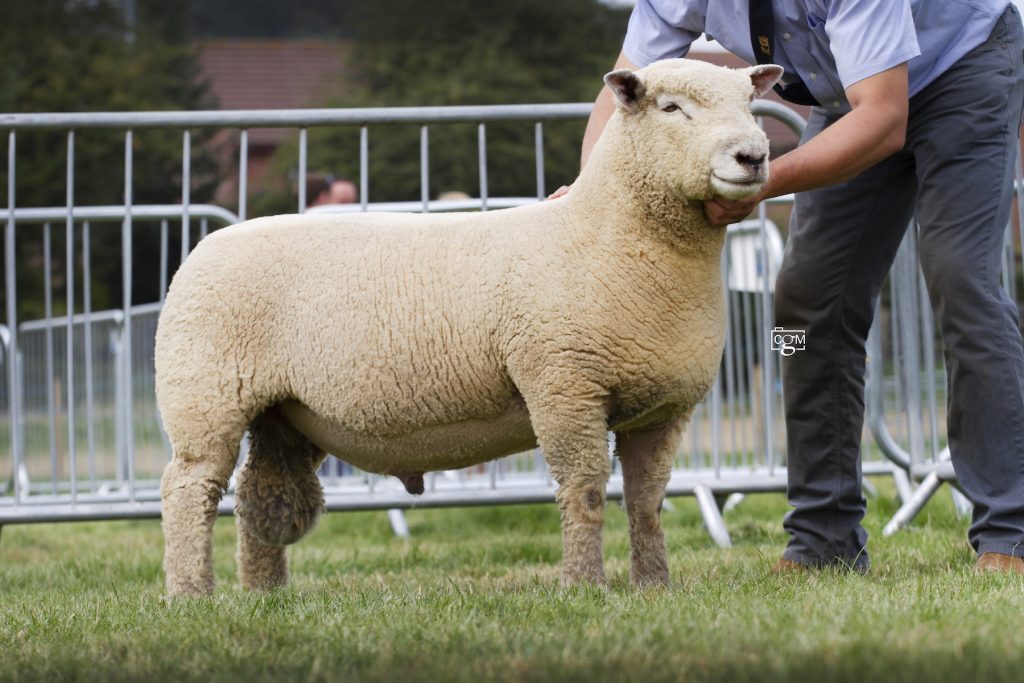 Then at 520gns was Chaileybrook 18/00307, a full ET brother to the sale leader and also the flock’s unbeaten show gimmer. This shearling was the pick of Megan Chilcott for the Huntspill flock, Somerset.

The same money was then paid by Steve and Helen Smith for the pre-sale champion, shearling ewe Chaileybrook 18/00289. Again sired by Percheron this gimmer is out of an outstanding daughter of The Frog from the 05/0002 family.

At 450gns was another gimmer, this time from Sophie’s Littlebrook flock, Chaileybrook 18/00280. Sired by Percheron and out of a Sarkozy-sired dam, she was bought by the Trumper family, Abergavenny.

Adding to the sales roll was shearling ram Chaileybrook 18/00318, a full brother to the pre-sale champion gimmer, with this one sold to Messrs Iley.

And wrapping things up was our sole ewe lamb offered on the day, Chaileybrook 19/00552, a daughter of the homebred Tadpole and twin to this year’s show ewe lamb. She also sold to Jessica Middleditch.