This year’s Royal Three Counties Show as another successful one for the flocks, with our Southdown gimmer winning the breed championship under Roland Williams, to add to the reserve championship she took at Royal Bath and West. 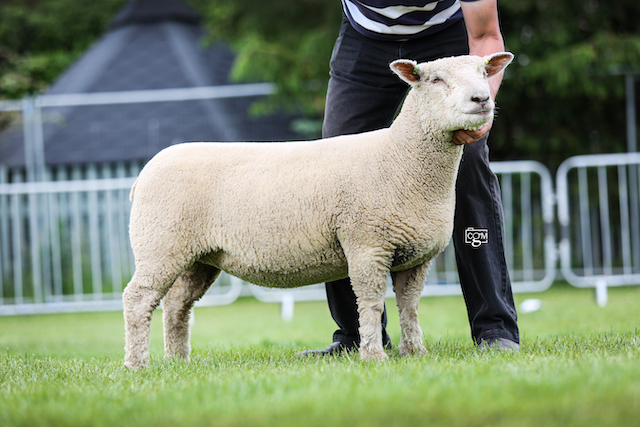 Sired by Dartagnan and out of a Percheron daughter, Chaileybrook 18/00276, this gimmer is full sister to our lead ewe lamb, Chaileybrook 22/01055 which also won her class as did the mother of both of these, who is out of the flock star Chaileybrook 15/00010, herself a double breed champion at Royal Three Counties.

The gimmer’s success makes it five breed championships in a row at Royal Three Counties for the flock, with a first prize also gained in the group of three lambs as well as seconds in the aged tups with Chaileybrook Beaujolais and in the shearling rams with Chaileybrook 21/01038, a Beaujolais son out of 15/00010.

In the ram lambs Sophie’s lamb, Littlebrook 22/01086, another by Dartagnan took third, while Chaileybrook 22/01068, another Dartagnan son took fourth.

In the bumper shearling ewe class of 32 entries Littlebrook Fizzy took ninth spot and gained a number of ringside admirers among the breeders present.

Meanwhile, in the day’s first class, the group of three lambs, our group stood fifth in another strong class.